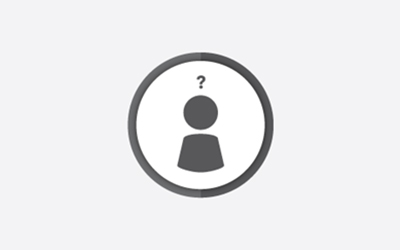 After a disastrous senior appointment, The Thinking Partnership was asked by a non-executive director to evaluate what had gone wrong.

Within six months Rob realised he was struggling. At first he could not articulate the problem but with support for one of the non-executive directors he reframed why he was failing to leverage his leadership strengths.

Although Rob’s strategy and vision were well conceived he alone had created them. To the client the strategy fulfilled their trading objectives and looked like it would help them gain significant traction in a new market segment. However, neither his experienced team nor any of his senior peers had made any significant contribution to shaping the vision or articulating how it would be delivered. Because people had not been connected to purpose paralysis and chaos quickly ensued. Implementation deadlines were missed; the client demanded clarity or threatened commercial penalties and the large sales team lost its confidence, focus and motivation.

Identifying why the implementation of the strategy had failed was easy enough. But what was it about Rob’s leadership style that just was working? As the non-exec pondered, observed Rob in action and sensitively probed his team it became clear. Despite having intellect and drive, Rob lacked courage in two critical dimensions. First his self-belief had evaporated and his resilience was low. Despite positive signals from the CEO and the Client he had no sense that his contribution was valued and this led to prevaricating when big, unpopular decisions needed to be made. At Board level, questions were raised about Rob’s bravery and inability to put himself on the line.

During an extensive selection process there had never been any sense that Rob lacked courage or self-belief. Why the change? As the non-exec extended the scope of his evaluation the cause was clear. All the senior team had participated in the final stages of Rob’s selection, but CEO and the COO both had their doubts. When pressed neither of them could articulate what or why. Both of these individuals had a close working relationship, similar MBTI profiles (ENTJ) with an executional leadership style. In the fast paced trading environment Rob’s social and political intelligence failed him. He consistently failed to connect with either board member, never articulated his vision using compelling, “sticky”, messages and failed to demonstrate any organisation wide perspective. The two board members didn’t help…their abrasive and transactional style always put Rob on edge.

The Board asked Rob to leave after 9 months! In the post mortem that followed The Thinking Partnership and non-exec were able to define why. During the selection process too much time was invested in establishing Rob’s Domain Expertise – confirming that he could technically do the job but not how well he fitted the company, whether he would be able to perform, nor was there a clear picture of who Rob was as a leader.

No formal selection assessment was performed and as a consequence the board failed to understand Rob’s Distinctive Strengths but also the significant gaps in his resilience and courage. Rob also lacked Relationship Intelligence – his failure flowed from his inability to connect with the agendas of the senior teams and mesh his strengths with those of his colleagues.

As the HRD reflected upon the process the key challenge that emerged was how to inject constructive tension in the process of evaluating candidates. Although the organisation had used its own internal leadership framework within the selection process it had failed to reveal the full breadth of leadership strengths. Worse, because the framework failed the discourse between board members over “just who was the best appointee” was not grounded on any objective criteria.