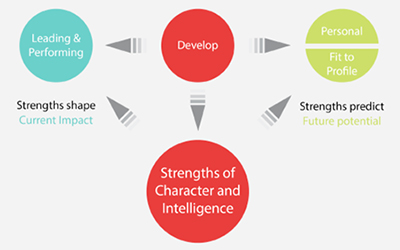 Of leaders and leadership

Our conceptualisation of leadership flows from a few simple premises:

First, that people follow people: leadership is an essentially personal act. Many senior executives execute their roles in a highly technocratic manner. It is all too common for relationships to be centred on questions of free cash flow, EBITDA and shareholder value. What can get lost in all of this is why someone would choose to follow; what is it that leads one human to be prepared to follow another?

Second, the role of leaders is to connect people to purpose. Great leaders are instrumental in not only articulating, but also actively discovering and creating a uniting sense of purpose. If this is to be about sustainable growth, the discovered purpose needs to encompass creating social as well as economic value. People are most productive, most engaged and thus most likely to help create economic value if they believe there is an ethical foundation to their organisation. The ethical tone is set by who a leader is.

Third, leaders create leaders. Many followers absorb, and ultimately emulate, the behaviours of their leaders. Yet great leaders stimulate something additional in people: their own leadership creates leadership in others, provoking and supporting people to take their own initiative. In turn, these experiences of taking ownership and initiative shape the future generation of leaders.

Our core argument is that focusing on Strengths of Character and Intelligence in a leader provides the key insight into understanding who someone is as a leader. It is their personal pattern of strengths that shapes their impact as a leader and in turn, because these strengths endure over time, we can use them as the basis of predicting future potential.

Asking ‘who are they as a person?’ rather than ‘can they navigate a balance sheet?’ cuts to the core of their ability to affect followership. Character has been a preoccupation of humanity since Homer, and is explicitly and implicitly behind most of our thinking and judgements about whom we choose to trust, befriend, love and ultimately follow. Strengths of Character are solely the positive psychological traits of human beings.2

They are related to personality traits such as anxiety and introversion, but with a positive social value attached to them. Character is enduring, but strengths of character can be developed. Optimism and wisdom can be learnt and improved, whilst courage, creativity, prudence and integrity are not fixed at birth. Shifting at the margins can be all that is needed to cross a threshold, the threshold of being followed or not.

It is by now a common observation that leaders need more than just IQ to command the multiple domains in which leadership operates. That said, analytical intelligence has always been, and always will be, crucial; can a leader operate a quick mind, and make complex information simple without being simplistic, for example.

We know that this analytical ability must be seen in parallel to a mastery of personal relationships (and with it a mastery of self). Awareness of social networks and political and operational contexts has received less focus yet our own research shows this to be a key differentiator between effective performance as an Executive and ‘best in class’ performance. Practical intelligence is also neglected, yet key to people making the transition from individual ‘expert’ to providing the kind of leadership that creates efficient and robust processes and organisations.

Strengths of Character and Intelligence shape a leader’s current impact and performance in their role. To improve immediate impact and performance, a focus on developing these strengths and intelligences will be a precursor to anything but marginal gains. Our argument extends to the realm of potential in an important way; Strengths of Character and Intelligence predict future potential in a way no other framework can.

If this is our argument, where is the data to supports or challenge?

Over the past 12 months we have gathered data on the Strengths of Character and Intelligence of senior leaders using both personal feedback and reviews from colleagues around them. Data is collected via the implementation of our online tool, CharacterScope, into a major FTSE50 company from CEO level down.

First, we found a very clear correlation between overall ratings of Strengths and measures of leadership potential (n=823, r=0.69), supporting our assertion that Strengths predict future potential. Second, we were able to surface and challenge the ‘implicit’ model of future potential that emerged within our client. The senior leaders had signed up to an aspirational framework based on an analysis of ‘best in class’ leaders. We were able to show that in many cases the people who had been identified as high potential actually shared very few of characteristics of these best in class leaders, leading to a review and extension of the talent pool.

Third, we were able to build robust predictive models (often accounting for more than 50% of the variance) indicating which specific Strengths were highly predictive of an individual’s potential to be a best-in-class leader. From this our client has been able to completely review its understanding of future leadership potential, to look again at the pool of talent it is identifying, and is in the process of putting in place targeted development to support these future leaders to realise their potential.

Too often questions of potential become administrative exercises based around selecting people with the best scores. Excellent organisations are not built this way. We think a focus on Strengths provides a fresh way forward.

We believe we have sufficient evidence to show that our framework is robust. It has a proven capacity to help predict not just potential for hierarchical moves but also other kinds of potential such as lateral and adaptive, or an individual’s potential fit with a ‘best in class’ aspirational profile. It can flag up development items and areas of strength, and help with the development of the individual, the team and the organisation.

If this conclusion seems too focused on ourselves as The Thinking Partnership, our broader argument, and regardless of our particular framework, is that getting familiar with the world of character and multiple intelligences is has multiple benefits. If we have a recommendation it is that all coaches and leaders become acquainted with this crucial area of research.

It takes us on a journey involving us being better at spotting the talents and strengths of people. It takes us away from the pigeonholing of ‘have or haven’t’ with respect to potential. But it also requires us to be clear-sighted in our judgement of leaders and their potential. As we know, if the wrong person is appointed to a senior position with high degrees of autonomy and power, they can wreck not just their own careers but entire organisational ecosystems.